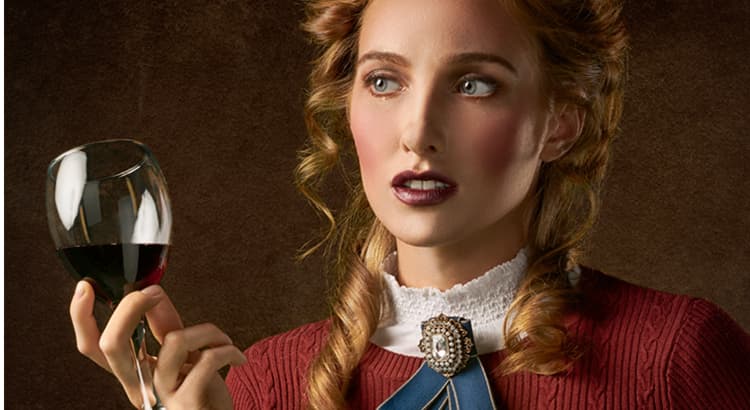 “Fake liquor is a widespread problem throughout the globe. Over the last decade, there have been numerous examples of fake liquor. Would you like to try a real wine but don’t know how to distinguish between a local and a pure one? If this is the case, don’t be concerned. We’re here to show you how to check fake liquor. “

After all, fake liquor typically contains chemicals, colour dyes, and other unsafe ingredients to consume. As consumers, we must avoid those noxious chemical compositions to protect our livers. How? Here are a few tips for these incentives!

If you want authentic liquor and want to know how to check fake liquor, then it is the best way to examine for bumps and a gleaming gloss on the boxes. Be wary if the package appears drab and resembles a standard printed sticker. The neatness of their packaging and stickers should also be considered, as truly branded liquor bottles would be precisely adorned. Counterfeit bottles, on the other hand, would be carelessly adorned. Even the different fonts used can sometimes give away.

When imported into the country, liquor bottles bigger than a specific size (typically 350ml) must include duty stamps. Bottles of hard liquor, wine, and beers are typically 750ml to 1 litre in size.

If you have a barcode scanner app on your phone, open it and scan the barcodes. It is fairly typical for counterfeit bottles also to have counterfeit barcodes.

The terrifying aspect of fake liquor is how traders would buy back actual empty bottles from pubs and clubs, then fill those bottles with the illegal liquid! If the date appeared to be a long time ago, it is most likely a recycled bottle.

Check the expiry date on the bottle to ensure you’re not drinking fake liquor (or at least expired liquor). They are often printed on the cap; however, some may also be found on the stickers.

If you’re confused about the colour of your liquor, say, “uh, why like a bit too light or a bit too dark one?” then they might not be the actual stuff.

Aside from that, these liquids are normally transparent and should not have any various colours. Some fakes will appear to have particles or multiple ‘layers’ in them. That is already a gigantic red light!

Every liquor beverage has some form of natural heat or spice. On the other hand, False ones would utilise chilies or strong chemicals to simulate the burning sensation.

Nonetheless, the burning feeling caused by liquor would feel smooth as it passed down the throat. If the burn is considerably stronger than it should be and causes you to cough horribly and incessantly, it could be a fake.

Needless to say, because you’ve consumed chemicals, your ‘hangover’ the next day will feel like a direct hit to your brain. Hangovers are unpleasant, but if you feel like you’ve been struck in the back of the head with a bat, never return to that pub!

Because they don’t cost much to create in the first place, the prices of imitation liquor can be extremely inexpensive. Even respected restaurants and clubs have been known to distribute fraudulent ones under the guise of ‘free beverages’ or special promotions. Who would give away pricey bottles of liquor, brandy, champagne, wine, and so on for half the original price or less, or for free?

Alcoholic liquors include ethanol, which is safe to ingest in moderation. Illegally created spirits, on the other hand, can be made with different forms of alcohol, posing major health hazards. Nausea, dizziness, and stomach discomfort are some of the more severe symptoms. In the worst-case situation, it could potentially result in death! So, the next time you see a bottle of cheap liquor on the shelf, you might want to think twice.

The bubbles that emerge when the liquor is shaken are referred to as beading. Shaking the container to see the beading is a simple test that you may perform on your own. In general, bubbles that form in a bottle of whiskey at 40% ABV will vanish in seconds. A bottle with more than 50% ABV, on the other hand, has bubbles that persist 20 seconds or longer. If the bubbles do not react in accordance with the ABV mentioned on the bottle, this could be an indication that the liquor is not genuine.

Depending on the type, liquor has a powerful, spicy, woody, or fruity aroma. However, it will not smell like nail polish, turpentine, or chemicals, which are frequent odours for imitation hard liquor.

What happens after drinking fake liquor?

These compounds can produce nausea, vomiting, abdominal pain, sleepiness, and disorientation when used in liquor. It can cause renal and liver disorders and unconsciousness if consumed.

How do you test the quality of liquor?

A QR/ serial number sticker is applied to the cap of every liquor bottle that is sold. The seal between the bottle cap and the body is kept in place by this sticker. As a result, the serial number on this sticker is critical for determining the authenticity and source of the liquor.

Can fake liquor make you sick?

Drinking fake liquor is extremely harmful to our health and can have serious consequences. Fake or illegally produced liquor can cause various side effects, including nausea, blindness, and even death.

It isn’t easy to discover authentic local wines in a market flooded with them. Many liquors have the same quality, but you only learn about fake liquors and their differences after consuming genuine liquor.

Now that you know how to check fake liquor, be cautious the next time you drink. Even respected pubs, taverns, and clubs have been known to sell fake liquor to make quick cash. So, before you go out and buy the original or a bottle of local wine, make sure you follow the criteria listed above. You will easily distinguish between pure and unique liquor from various brands in this way.