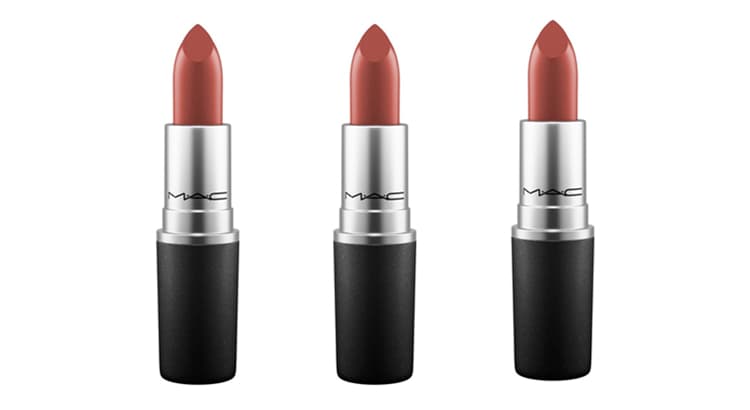 “Do you really want to spend your money on your favorite Mac lipstick color only to discover later that it is a mere replica? That doesn’t sound fun at all, does it?”

No doubt, Mac lipsticks are always sold like a hot cake. Personally, I love to buy one whenever I get a chance. You know this very popularity invites knockoffs, right? No wonder make-up stores are filled with fake Mac lipsticks.

I won’t lie, I have been a victim of fake ones too, but I don’t want you to suffer the same. That’s why I’m demonstrating the difference between the real and fake Mac lipsticks so that you can easily spot a fake.

Whether you are a makeup guru or a casual fan, spotting a fake Mac lipstick should be straightaway. Keep scrolling down to know more!

First things first, start with the very packaging. You can trace many hints of a fake product from the packaging alone. For instance, look for the following clues:

Round black sticker at the bottom: On the real one, there will be a black round sticker on which the name of the shade is written. But counterfeit lipstick will have a printed label instead of the sticker.

For further hints, look at the texture of the lipstick and apply it to your wrist. The fake one will be rough, uneven, and sticky. But the original is visibly smooth and creamy. And because of that, it won’t make your lips dry, nor will it look chalky on your lips.

In comparison with fake lipstick, the quality and feel of the original are far superior. The structure is again sending clear clues. As opposed to the real one, the fake is a bit bigger and appears chunkier.

Yes, the font and logo can help too. On the original, Mac is written a little bit smaller, and it feels kind of crowded. But on the fake one, it is clear and visibly big.

The placement of the logo will also vary. You may find fake ones with the logo printed in the middle, while on the real one, it is written where the cap gets closed.

If you look at the fake one, it is really shiny and flimsy, giving a cheap glittery look. On the other hand, the original has a nice matte finish. And, if you see under direct light, the real one will be shinier while the fake will be dull, not reflecting any light.

On the fake lipstick, there is has a line running in between. The real one is completely smooth and without any joints on it.

And, when you apply it, the pigmentation of the original one is excellent, requiring only two or two coats. In contrast, the fake one will be light even after multiple applications.

How To Avoid Fake Mac Lipstick?

To be hundred percent sure that you are not buying a fake piece, buy from Mac’s official website or from the Amazon store.

If you see online packaged deals that are too alluring, cheap and simply too good to be true, stay away because they are probably frauds.

You adore Mac lipstick a lot and would love to grab one with Mac written on it. However, I can assure you that you cannot get a Mac lipstick for a low price.

But, I have a solution for you. You can look for ‘Mac dupes’ that are almost identical in the shade and formulation and are from a reputable company. Lipsticks made from a reputable brand won’t hurt your lips as the fake will.

And if you’re buying online like from eBay, make sure to see the real pics of the lipstick, and don’t get deceived by the fake stock photos there.

Don’t forget, every time you buy a fake Mac lipstick, you are supporting and strengthening imposters. Always buy original and quality products, especially when it comes to your makeup.

What To Do If I Get The Fake Mac Lipstick?

If you get a fake Mac lipstick, you can report it to the official website of Mac. You will have to give some necessary details about the seller, location, design and packaging.

Is There Any Difference in Weight Between Real and Fake Mac Lipsticks?

Of course, because the fake one feels shallow and empty while the genuine one is kind of heavy, certainly having some weight. To be exact, the fake will weigh about 12 or 13 grams, but the original is solid 20 grams.

Can I Spot A Fake Mac Lipstick With Smell Only?

If you are experienced and have used enough make-up products, you can be confident enough to detect the fake one even with the smell. Usually, fake makeup has a smell that is peculiar to fake makeup only.

And indeed, you can detect a fake Mac lipstick with the smell too. A typical Mac lipstick has a sweet vanilla aroma that is not too overwhelming, but the fake one will have a fruity candy-like smell.

Overall, it is effortless to spot counterfeit Mac lipstick. If you are a lipstick lover and apply them regularly, spotting a fake one doesn’t have to be complicated for you.

You can tell very much with your senses as well as it doesn’t smell nice, it doesn’t feel nice, whether we talk about the tube or the lipstick itself.