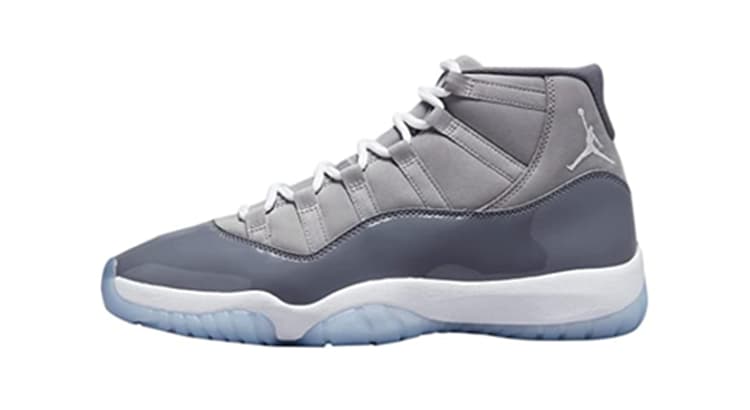 “Are you overthinking whether or not to buy one of the most fabulous shoes ever to exist and worried about receiving the fake product instead of the original? Are you asking yourself how to tell if cool grey 11s are fake? “

Then this article may be your lifesaver because we have discussed everything in explicit detail about how you can differentiate between the original and fake cool grey 11s. The shoes inspired cool grey 11s Jordan won by Micheal Jordan on his fourth championship for the 20th anniversary. For its return to the league, it was well known for the shoe enthusiast.

People are saving every cent and trying to work more challenging to earn an extra dollar to save enough and finally get their hands on cool greys 11s and so imagine the sadness and heartbreak if they are scammed and the shoes turn out to be fake.

They may be shoes, but they are not some ordinary pair of shoes; they represent the return of a legend on the court, and hence they are classified as more than just a pair of shoes. And we are here to ensure that you get your authentic dream shoes and not just a fake pair of shoes at all.

The Impact Cool Grey 11s Had On The Market

These fabulous 11s were released early on in the market, which may have been a surprise for everyone. They have announced that all the ranges of sizes in these shoes will be released next month, but those who want to add these to their shoe range now have their eyes on the resell markets already.

These magnificent shoes are selling from a starting price of 296$ for the smallest size, and these prices go to a whopping $550 for the men’s size 18.

These are available at different reselling websites at different rates, and people, unsurprisingly, are willing to take them for any and every possible rate. Next month they will be released for all size feet; adults, big kids, little kids, toddlers, and even infants.

What five things to check and compare to find if cool grey 11s are fake? In recent years, the sneaker market has been on a constant rise, with fans and shoe lovers wanting to get their hands on the newest piece of the collection way sooner than everyone else.

And this is the reason that many of the companies are trying to replicate the products as many of the shoes are released before they are expected, which then increases their resale value, as the people who got the first try to bid them off at the highest price possible.

Looking at this reselling price which is sky high than the original price, and people are still interested in getting their hands on it, the scammers have found a way to take advantage of the situation. But fear not if you don’t know how to tell if cool grey 11s are fake because here are three ways you can differentiate between a fake and a real cool grey 11s.

If you look closely enough, you will notice that the fake pair have more of a dirty grey color while the real couple has an excellent grey color. From afar, they might look almost the same, and that’s where people can be scammed. So the best way is to have a closer look at these shoes, best under broad daylight or good lighting, to ensure they are 100 percent real.

The midsole is a great way to differentiate between the two pairs and is quickly spotted even from far. This is because the midsole of the original shoes has more of a translucent texture—neither fully transparent nor fully opaque or yellow. Instead, the color is more of an off whitish color, while in the fake pair, the color is grayer, and the midsole is more towards an opaque texture.

The logo number 23, written at the back of these shoes, is usually stretched out in the fake pair, making it odd. However, the number is perfect and readable in the authentic team.

The carbon fibers used for comfortability are in a square-shaped pattern in the original product, while in the fake product, they are in a rounded shape.

What Are The Options If Your Cool Grey 11s Turn Out To Be Fake?

The best thing to do is file an official complaint on the site or the person you got it from and wait for a response.

What to Check Before Ordering Cool Grey 11s to Ensure an Authentic Product?

Their shoe color, midsole, and the logo of the Jumpman easily differentiate between real and fake fabulous grey 11s.

What to do If My Cool Grey 11s are Fake?

How to Tell If Cool Grey 11s are Fake?

Their color will be a dead giveaway if they are fake. Fake ones have a dull, dirty grey color, while the original ones have excellent grey color.

Everyone has different likes and interests on which we are willing to spend no matter the amount of money required. This is the case with fabulous grey 11s too, but unfortunately, many scammers are trying to scam people of their money.

Luckily for you, we have listed down how you can check before buying your pair of fabulous grey 11s and be safe from being scammed and heartbroken. Hope that you know everything about how to tell if cool grey 11s are fake, if you still have any confusion then we are just one mail away.